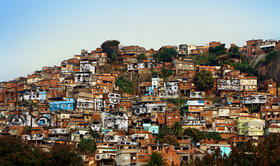 Step into the life, intention, journey and constantly evolving practice that is the artist, JR. With a series of short films and documentaries featuring his present and early works, 2011 Ted Prize winner JR's narratives are explored in his gallery that is the world.