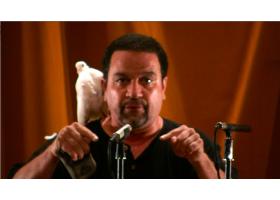 Decontextualization of an action, Stage, Podium.

Tania Bruguera is a censored artist currently being held against her will in the city of La Habana. Although a previous performance of her project Tatlin's Whisper occurred during the Havana Biennal in 2009, the Cuban government arrested her during her attempt to revisit it in Havana's Revolution Square in December 2014. Her passport has been confiscated and she remains in an extremely vulnerable situation, without any independent lawyer to represent her.

Her project for Scotiabank Nuit Blanche is a mystery that will not be unveiled until the night of the event.

Bruguera studied in Havana and received an MFA from the School of the Art Institute of Chicago and received a Guggenheim Foundation fellowship in 1998.

Bruguera has had major exhibitions in institutions around the world including Queens Museum and the Tate Modern and has exhibited in the Havana and Sao Paolo Biennial, as well as documenta and the Venice Biennale, among many others.